You have a new governor, New Jersey.

Phil Murphy, a Democrat entering elected office for the first time, was sworn in as the Garden State’s 56th governor just before noon Tuesday during a ceremony at the War Memorial Theater in Trenton.

Surrounded by his family, he was sworn in by state Supreme Court Chief Justice Stuart Rabner in the midst of a festive ceremony. He put his hand on the same bible used when President John F. Kennedy was sworn in 57 years ago.

The 60-year-old Middletown resident is the first Democrat to hold the job since 2010, when Christie took office after beating then-Gov. Jon Corzine. 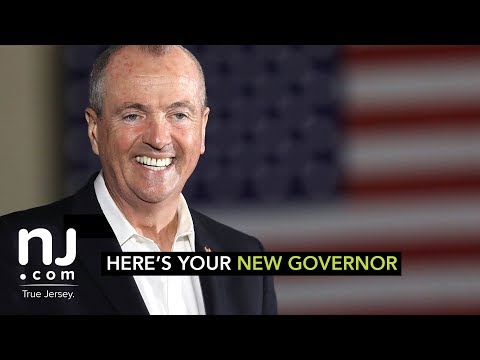 Former Assembly Speaker Sheila Oliver was also sworn in as New Jersey’s second lieutenant governor, getting a standing ovation when she noted that she is New Jersey’s “first woman of color serving in a statewide office.”

Christie leaves the first New Jersey governor to serve two full terms — the most allowed by state law — since Tom Kean in the 1980s.

And while he instituted a 2 percent cap that slowed property tax growth, saw unemployment drop, and became a national political figure, Christie exits with the lowest approval ratings of any governor in state history.

Murphy inherits a state with the highest property taxes in the country, one of the nation’s most underfunded public-worker pension systems, and a transportation system plagued by delays and aging infrastructure.

He has promised to move the state in more progressive direction, vowing to legalize marijuana, institute a millionaires tax, increase education and pension funding, and more.

A New York Times column by Maggie Haberman and … END_OF_DOCUMENT_TOKEN_TO_BE_REPLACED

LONDON—The Moscow operation behind the … END_OF_DOCUMENT_TOKEN_TO_BE_REPLACED

Donald Trump has gone back to publicly insisting … END_OF_DOCUMENT_TOKEN_TO_BE_REPLACED