Donald Trump’s Twitter fails continued this weekend as the president retweeted a man who once carried a “rape Melania” sign to a rally.

The president on Saturday evening shared with his 46.7 million followers a tweet from Jack Posobiec, the alt-right Internet activist who is best known for the “pizzagate” conspiracy theory that falsely suggested Hillary Clinton ran a sex trafficking ring from a D.C. pizza joint.

Conservative Posobiec frequently tweets pro-Trump messages, and was among the organizers of the DeploraBall party, but in a move intended to discredit anti-Trump protesters he carried a “rape Melania” sign at an anti-Trump rally, Buzzfeed reported at the time. 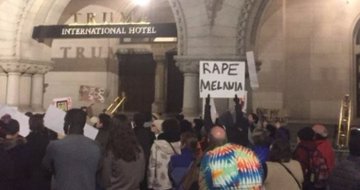 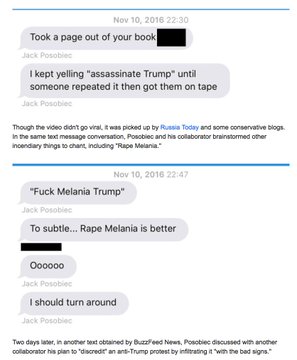 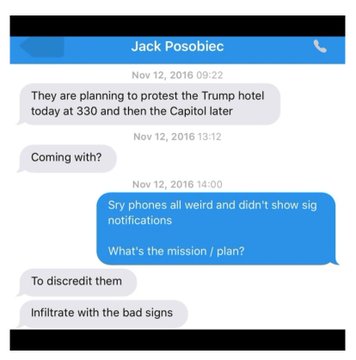 Here’s Posobiec in Nov., holding up a “Rape Melania” sign.

However, this did not appear to prevent the president from being interested in retweeting his message over the weekend.

Here’s a video of Dick Durbin calling for an end to chain migration https://www.c-span.org/video/standalone/?c4706768 …

The tweet claimed to link to a video of Durbin calling for an end to chain migration, however the video actually showed the Democrat commenting that the DREAM act being extended would not result in “chain migration,” a term that refers to family immigration.

The alt-right commentator is not the first person whose tweet Trump appears to have ill-advisedly shared, having faced a backlash recently for sharing a video by far-right U.K. group Britain First that claimed to show a Muslim man attacking a boy on crutches.

The video, which is fake, was shared by the president in a move that was immediately slammed on social media.

However, the White House defended Trump at the time, with press secretary Sarah Huckabee Sanders stating that whether or not the videos were real, “the threats are real – no matter how you look at it.”

What do you get when the Trump administration’s … END_OF_DOCUMENT_TOKEN_TO_BE_REPLACED

A Democratic lawmaker says that he will … END_OF_DOCUMENT_TOKEN_TO_BE_REPLACED