As worldwide outrage grows after President Donald Trump reportedly referred to African nations as “shithole countries,” the president of the NAACP slammed Trump on Friday evening over the reported remarks, outright calling the President of the United States “a racist.”

“We know he’s a racist. He’s demonstrated that,” Derrick Johnson said in an interview on CNN’s “Erin Burnett OutFront.” 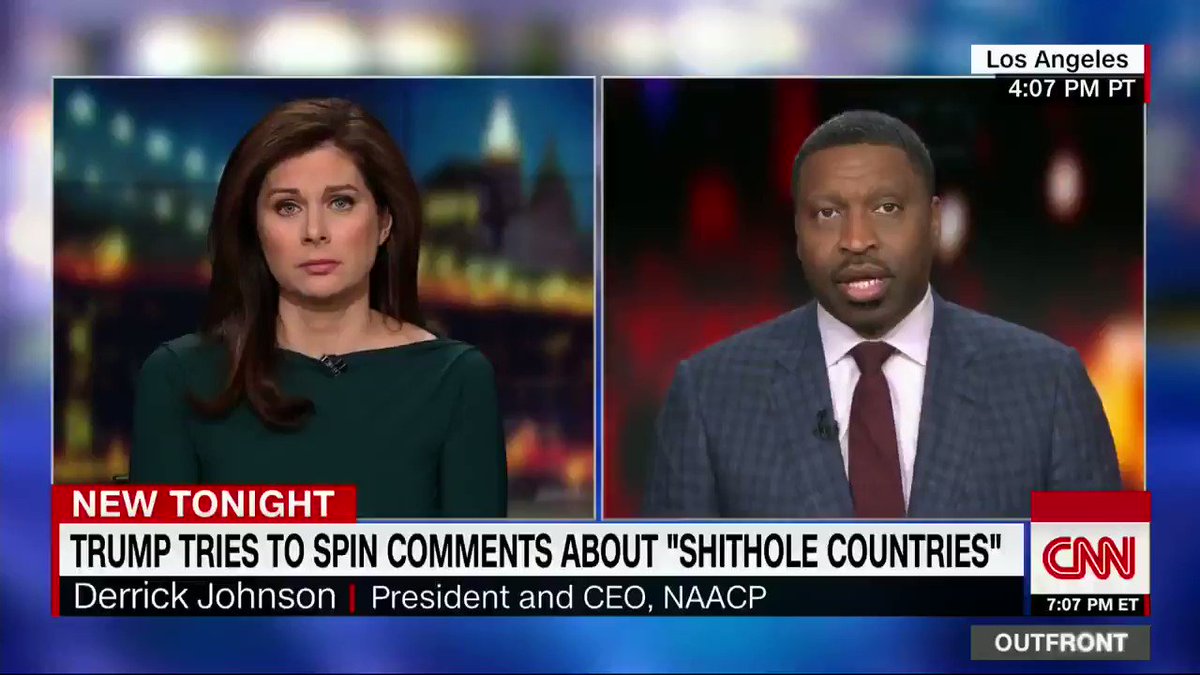 “We know he’s a racist, he’s demonstrated that…he’s a racist both in his actions and his words” – Derrick Johnson, NAACP President and CEO, on President Trump

Johnson rejected Trump’s claim in a 2015 CNN interview in which the President said he was “the least racist person,” declaring that “he’s a racist both in his actions and his words.”
The NAACP president predicted Trump’s remarks will help motivate African-American voters in the 2018 midterm elections, saying the comments are “the language of the ’50s and ’60s, it is the language of a Ross Barnett and a George Wallace.”
Johnson also took issue with Isaac Newton Farris Jr., Martin Luther King Jr.’s nephew, who told CNN after participating in a White House event honoring his uncle that he believes Trump is “racially ignorant and racially uninformed,” but does not believe Trump is a “racist in the traditional sense.”

He's slated to appear before the House … END_OF_DOCUMENT_TOKEN_TO_BE_REPLACED

And you thought your New Year’s Eve was … END_OF_DOCUMENT_TOKEN_TO_BE_REPLACED